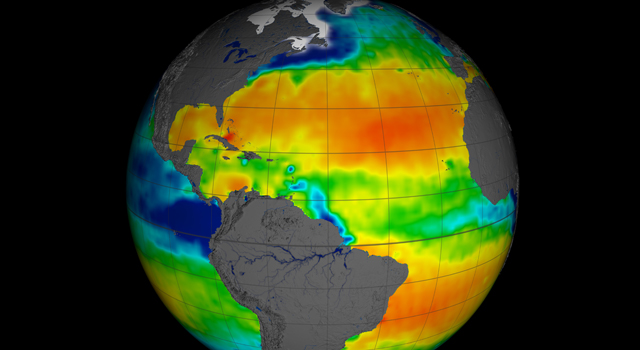 As world leaders from 200 countries gather in Madrid for the 25th Conference of the Parties (COP25), to discuss ways of tackling the climate crisis, East Africa is still reeling from the effects of unprecedented floods.

Kenya, Somalia and South Sudan are among the region’s nations experiencing extended rainfall, resulting in flash floods that have affected the lives of millions in countries more often associated with drought conditions that heavy rain.

Some three million people have been affected across the entire region in recent weeks and at least 250 people have been killed. Roughly half of those deaths have been in Kenya where rain has been significantly heavier than usual.

Countries in Africa contribute very little in terms of greenhouse gases and other known contributors to climate change, but it is among the most vulnerable parts of the world to the impact of rising temperatures. With a growing number of scientists claiming the world is passing the point of no return, the world needs to pay attention to what is happening in East Africa right now.

Are the East Africa floods caused by climate change?

Directly linking the recent floods in East Africa to climate change is difficult. In fact, the full impact of rising temperatures on levels of rainfall remains unclear but the laws of physics, scientific theory and numerous studies point towards a direct link, whether it be causative or correlative.

Basic physics says a warmer atmosphere will hold more water vapour, which brings the potential for greater levels of rainfall.

However, the Earth’s weather patterns are far too complex to accommodate rudimentary science. The recent floods in East Africa have been intensified – not caused by, but intensified – by a weather phenomenon known as the Indian Ocean Dipole (IOD). When the IOD is in a positive state, it can cause the Indian Ocean’s water temperatures to rise by up to 2C, resulting in higher rates of evaporation along the East African coastline.

This water then falls inland, which helps to explain the heavy rainfall experienced in East Africa in recent weeks.

Again, the Indian Ocean Dipole doesn’t tell the full story (the Earth’s climate is a complex battle of competing weather systems) but it does help illustrate how rising temperatures can contribute to increased rainfall.

So is this actually caused by climate change?

Once again, there’s no clear answer to this question but the evidence we do have points towards a bleak future.

What we know about the impact of rising temperatures

The IOD is the natural counterpart to better-known El Niño and La Niña weather patterns. None of these phenomena are caused by climate change but the impact of them is expected to intensify as global temperatures continue to rise.

This year’s IOD marked the greatest difference in sea temperatures ever recorded although records only began in 1999. This presents one of the biggest problems in climate research: there simply isn’t enough data yet to draw reliable conclusions.

What we do know is that temperatures are rising and the link between higher temperatures and rainfall is well established. While nobody can say the recent floods in East Africa were caused by these rising temperatures – at least not with any data-backed credibility – it would be far less credible to dismiss the link.

The danger is it might be too late to reverse the damage by the time we have enough data to “prove” human behaviour is contributing to rising temperatures.

What does all of this mean for East Africa?

Despite contributing little to the climate crisis, East Africa finds itself centre-stage among the repercussions. Then again, what’s new? Developed nations have been plundering Africa for its natural resources and people for centuries, leaving African nations to deal with the environmental and economic damage.

With world leaders gathering in the relative comfort of Madrid, our planet’s supposed leading nations have been forced to admit they will be unable to meet the targets set out by the “landmark” Paris Agreement. A laughable 70% of the world’s most populous nations are failing to meet their reduction targets while regions like East Africa pay the price.

East Africa finds itself in the lose-lose situation of needing to fuel development while systematically minimising their impact on a climate crisis that will hurt them the most – a courtesy the more established powers never concerned themselves with.

There’s a lot of talk regarding action and a highly profitable green energy industry emerging that’s going to make the same bunch of people who caused this crisis a whole lot of money. Meanwhile, the December seasonal rains in East Africa are expected to greater than normal, meaning more floods could soon be on their way.