These are the most corrupt countries in Africa 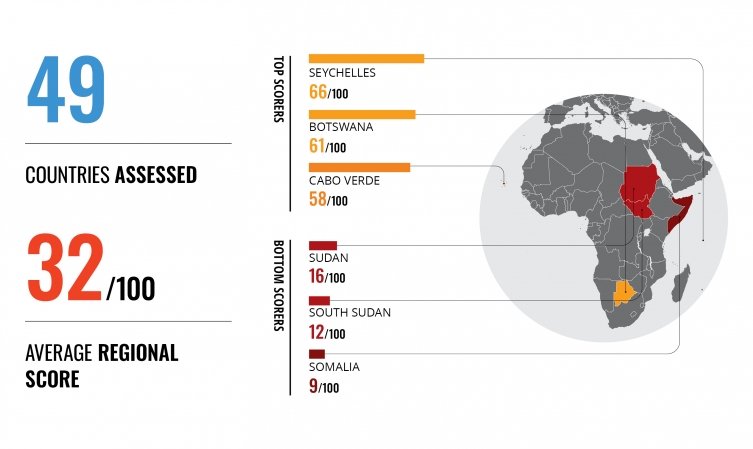 Transparency International has released its 2019 Corruption Perceptions Index (CPI), which ranks 180 countries and territories by their perceived levels of public sector corruption, according to experts and business people.

The CPI also illustrates where African nations rank in relation to each other and how much progress has been made in recent years. Based on Transparency International’s data, these are the most corrupt countries in Africa.

You can access the full Corruption Perceptions Index 2019 report here. Transparency International summarises the findings by saying: “This year’s analysis shows corruption is more pervasive in countries where big money can flow freely into electoral campaigns and where governments listen only to the voices of wealthy or well-connected individuals.”

You can also watch a summary of the full report here:

European nations dominate the top-ranking spots with Denmark (1), Finland (3), Sweden (5) and Switzerland (6) all among the top six nations. New Zealand ranks joint first with Denmark and Singapore comes in at fourth place.

Sadly, for African nations, the 2019 CIP index highlights how little progress has been made in improving perceptions of corruption in recent years.

“As the lowest-scoring region on the CPI, with an average of 32, Sub-Saharan Africa’s performance paints a bleak picture of inaction against corruption,” Transparency International says in its summary of the region.

The African countries that have experienced the biggest declines are Congo (19), Liberia (28), Madagascar (24) and Malawi (31).

So which are the most corrupt nations in African, according to the 2019 CPI?

Why does Africa score so poorly in the index?

Transparency International says the study draws a direct link between corruption and the role of big money in developing nations. With regards to the sub-Saharan Africa region, it highlights the role of corruption in politics at the highest level.

“Across the region, money is used to win elections, consolidate power and further personal interests. Although the African Union Convention on Preventing and Combatting Corruption has provisions to prevent corruption and encourage transparency in campaign financing, implementation is weak.”

Above all, Transparency International says corruption will only become manageable once big money is ousted from politics.

“This year, our research highlights the relationship between politics, money and corruption. Keeping big money out of politics is essential to ensuring political decision-making serves the public interest and curbing opportunities for corrupt deals. Countries that perform well on the CPI have strong enforcement of campaign finance regulations.”