These are the most visited countries in Africa 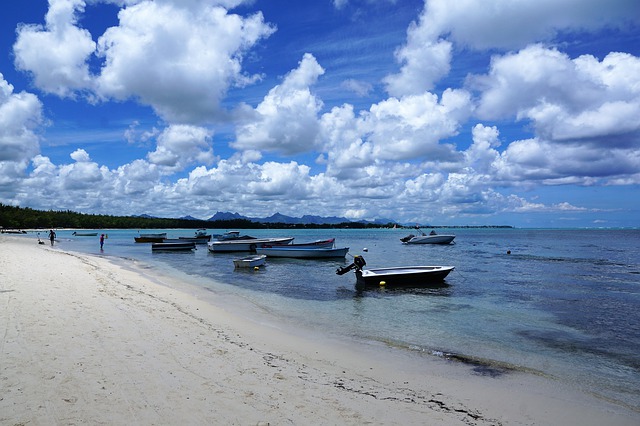 Africa nations attracted 67 million international tourists in 2018, according to data from the World Tourism Organization (UNTWO). That’s a 7 percent increase amounting to 4 million visits more than the previous year, significantly higher than the 4.3 percent growth over the past decade.

With more travellers turning their attention to Africa, tourism numbers are set to increase even further. From safari adventures to lost worlds and cultural revelations, Africa is one of the world’s richest destinations yet remains relatively untouched in today’s connected and overcrowded world.

Travellers looking for something different are running out of options and Africa provides one of the final frontiers for unique travel experiences. Here are the most visited countries in Africa, based on international arrivals in 2018.

Lonely Planet describes Morocco as “a gateway to Africa and a country of dizzying diversity”. The country has captured the imagination of visitors from Europe for centuries and a visit in 2018 feels like stepping back in time.

Some of its best-known locations are the capital, Marrakech, which will be the first Capital of Culture in Africa in 2020; Casablanca, which has been romanticised by visitors for decades; and the city of Chefchaouen with its famous blue walls.

History surrounds you in Egypt and the country’s long story of survival in desert conditions is a marvel in itself – a story that continues into the present day.

“Black-maned lions framed against Kalahari dunes; powdery beaches lapped by two oceans; star-studded desert skies; jagged, lush mountains”. These are just some of the reasons Lonely Planet gives for visiting South Africa, which it describes as “a country of astounding diversity” – a theme that proves to be common among Africa’s most visited countries.

This is no exaggeration either. Cape Town is regarded as one of the world’s most beautiful cities, surrounded by natural gems, such as Kruger National Park, the majestic Drakensberg Region and The Winelands famous for producing some of the world’s favourite wine.

Tunisia is a narrow gem slotted at the tip of North Africa, bringing the strongest taste of Mediterranean climate to the shores of the continent. Despite its relatively small size, Tunisia is packed full of history and diverse natural beauty. The country is arguably Africa’s most popular beach destination but there’s plenty to explore away from the coastline as you travel vertically down Tunisia’s narrow territory.

Zimbabwe is famed for the Victoria Falls and epic safari parks and it’s often regarded as one of the friendliest and safest countries in Africa.

A journey to Zimbabwe will take you through an attractive patchwork of landscapes, from highveld, balancing boulders and flaming msasa trees, to laidback towns, lush mountains and lifeblood rivers. Here you can spot the Big Five (leopard, lion, rhino, elephant and buffalo) in its national parks, discover World Heritage–listed archaeological sites and stand in awe of one of the natural wonders of the world, Victoria Falls. – Lonely Planet

Following the death of long-time president Robert Mugabe in 2017, there’s a new sense of optimism in the country, too. Zimbabweans have been welcoming visitors with smiles for decades, even during tough times, but the fresh excitement about what the future might hold adds to the magic of visiting this wonderful country.

Cote d’Ivoire was once a harmonious natural beauty resting along the southern coast of West Africa. However, the country has struggled with insecurity in recent years. Despite security concerns, Cote d’Ivoire remains one of the most visited countries in Africa and, for the most part, a relatively safe place to visit.

It’s worth reading up on travel advice before visiting Côte d’Ivoire but keep in mind that terrorist threats are similarly common in some of the world’s “safest” countries, including France and the UK.

Uganda is one of Africa’s best-known natural wonders and a highly-popular destination for safari adventures. The East African nation is home to the continent’s tallest mountain range, the Rwenzoris, and the source of the Nile, the world’s longest river that stretches through eleven African nations before meeting the ocean at Egypt’s coast.

However, Uganda’s biggest attraction for many is tracking mountain gorillas in their misty, natural habitat.

Kenya is quite possibly the first place that comes to mind when people think about safari adventures and it’s also home to some of the world’s most innovative and successful conservation projects. Aside from its abundance in wildlife, Kenya also has a long history that still lives today in its rich mix of ethnic groups that preserve their traditions and culture to this very day.

Mark Twain once famously wrote that “Mauritius was made first and then heaven, heaven being copied after Mauritius”. So it’s no surprise this island paradise is one of the world’s most popular honeymoon destinations, famed for its white beaches, sapphire waters and luxury resorts.

Seafood lovers truly will be in heaven here and the culinary scene in Mauritius is a marvel in itself. The waters also provide excellent snorkelling and diving experiences, as well as a range of watersport activities for adrenaline junkies. Away from the beaches, the natural beauty only intensifies with the Black River Gorges National Park, waterfalls, and stunning views of the coastline.

Formally Swaziland, the recently renamed eSwatini still boasts the same potent mix of natural wonder and unique culture that makes it such a rewarding place to visit. Here’s what Lonely Planet has to say about this southern African gem:

“Unlike South Africa, eSwatini has managed to hold on to that slow-down-this-is-Africa feeling and that’s why it’s gaining in popularity. Everything remains small and personable and the atmosphere is remarkably relaxed. Instead of making a flying visit here on your way to Kruger National Park, KwaZulu-Natal or Mozambique, consider staying at least a week to do the country justice. If you plan a visit during the winter months, try to make it coincide with the Umhlanga (reed) festival, one of Africa’s biggest cultural events.”

For travellers seeking a true cultural experience, eSwatini provides one of Africa’s most enriching destinations – and that’s saying a lot considering the vast cultural diversity on offer, even within single nations, across the continent.