These are the ‘richest’ countries in Africa 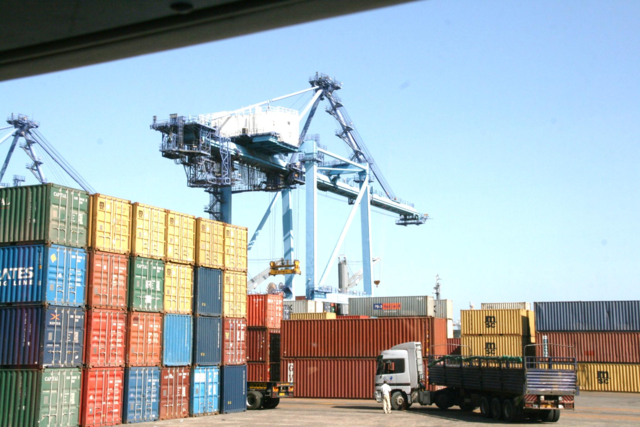 There are many ways to calculate the economic performance of a country but GDP tends to be the favourite metric of economic reports. In Africa, we’re used to seeing the likes of  Nigeria, South Africa, Egypt top the region’s economies in terms of GDP, but this doesn’t tell us much about how people are actually living in those countries.

Another way to measure the economic state of a country is by looking at the GDP per capita, which divides the metric by nations’ population. Of course, larger populations should generate more total growth but GDP per capita tells us more about what countries are achieving in proportion to the size of their population.

Rank countries based on GDP per capita (based on IMF data) and the list of Africa’s “richest” countries looks very different.

The 10 ‘richest’ countries in Africa

Equatorial Guinea tops the list of African nations in terms of GDP per capita. The Central African nation is relatively small, with a population of little more than 1.2 million people and a landmass covering 10,830 square miles. This contributes to the highest GDP per capita in Africa although the average quality of life in Equatorial Guinea doesn’t always reflect this. The country currently ranks 136th on the United Nations Human Development Index.

The island nation of Seychelles has a population of only 92,000, the smallest of any country in Africa. With a per capita GDP of $28,172, it comes it takes the number two spot although income inequality remains a problem. The country’s economy largely depends on tourism and diversifying its economy remains a key developmental challenge.

Mauritius is another island country located in the Indian Ocean with a population of around 1.3 million. Again, the economy of Mauritius centres around tourism although agriculture still makes a gradually decreasing contribution.

The West African nation of Gabon ranks fourth with a population of 1,475,000 and an average GDP of $19,266. The country’s economy revolves around oil however its reserves appear to be declining, which is placing pressure on the government that has been accused of overspending by certain analysts.

Botswana is home to roughly 2.1 million, living across land area of around 224,610 square miles. Considered a middle-income nation, Botswana is also regarded as one of Africa’s most stable democracies. The country has enjoyed rapid economic growth, largely thanks to resources including uranium, gold, diamonds, and copper.

Algeria is the largest country in Africa by land area (919,600 square miles) with a population of more than 40 million people. With a GDP per capita of $15,000, the country ranks in at 6th although unemployment remains a problem, especially among its youth. Currently, Algeria’s economy is mostly dependent on petroleum and natural gas but the government has made strong progress with diversifying the economy in recent years.

South Africa is used to ranking high in economic studies with strong performance across most metrics, although growth has slowed in recent years. The country has a GDP per capita of $13,403 but it’s also among the top 10 countries in the world for income inequality.

Egypt is another top performer among African economies with string contributions from agriculture, tourism, natural resources and trade. The country has a GPD capita of $12,994 and income inequality is relatively low compared to other countries in this list, but still an issue.

Tunisia has a population of roughly 11.5 million people and an average GDP per capita of $11,987. Despite its relatively small population, Tunisia has the 14th highest GDP in Africa, competing with the continent’s major economies.  The North African nation is highly educated and economically productive but job creation and unemployment rates are a growing problem.

Namibia rounds up the top ten with a population of roughly 2 million and a GDP per capita of $11,528. Mining, agriculture, manufacturing, and tourism are all major contributors to the economy but unemployment rates are high and the cost of living is relatively expensive.