This non-profit wants to pay refugees to train AI algorithms 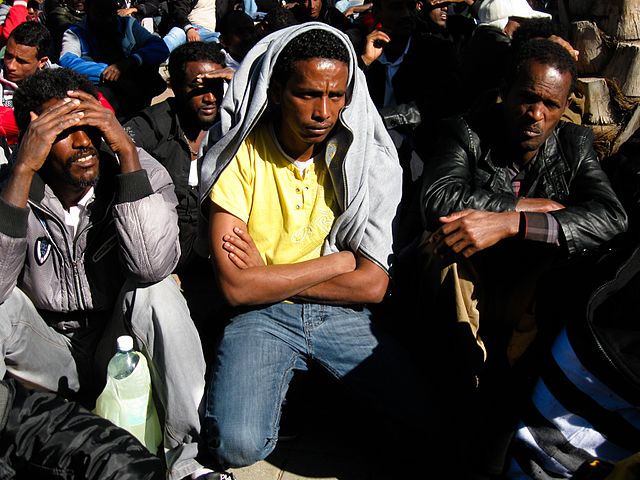 According to the latest figures from UNHCR, there are approximately 30 million refugees and asylum seekers around the world, plus a further 40 million people internally displaced within their own countries -totalling 68.5 million people worldwide.

The global refugee crisis is symptomatic of grave political and human rights crises across multiple countries but it also places strain on the countries hosting refugees. While the people being forced to flee their own countries find life remains difficult even if they manage to arrive at their destination alive – many don’t.

Life in refugee camps isn’t easy and while some nations, such as Uganda, attempt to integrate refugees into society, the label of being a refugee can be hard to shake off. Empowering refugees to build an independent life is one of the biggest challenges for agencies, hosting nations and refugees alike – but one non-profit wants to make a difference by paying refugees to train AI algorithms.

Artificial intelligence (AI) has emerged to become one of the biggest technology industries in the world with McKinsey estimating it has the potential to create between $3.5 trillion and $5.8 trillion in value across 19 other industries. When all the world’s biggest tech giants are investing billions into AI research and development, you know this is a big deal but one of the biggest fears about artificial intelligence is that it will take jobs away from humans.

However, non-profit REFUNITE wants to turn this theory on its head and turn AI into an opportunity that empowers refugees to earn money. The company has developed an app called LevelApp, which is currently being piloted in Uganda – home to one of the world’s largest refugee populations. The app allows refugees to earn money by training artificial intelligence algorithms, which need to “learn” before they can make reliable decisions without human input.

Training algorithms is one of the most time-consuming elements of AI development and the demand for human trainers is only going to increase as the industry expands further.

According to the World Economic Forum, refugees in Uganda are currently earning an average of $1.25 per day doing basic tasks and menial jobs while REFUNITE says they could earn up to $20 per day by training algorithms on LevelApp.

The non-profit also says the app will help refugees develop important digital skills which they can then use when they return home. It says this will give them the ability to rebuild their lives and empower them to become less reliant on charities.

The importance of empowering refugees

While the idea of refugees earning more money for themselves and developing valuable skills is important, it’s clear a lot more needs to be done to empower refugees. If we’re talking about a multi-trillion dollar industry, paying refugees up to $20 per day to do the legwork for major tech companies still has the bitter aftertaste of exploitation.

Of course, any improvement is welcome but empowering and utilising refugees aren’t necessarily the same thing.

There are other efforts being made to give refugees a better chance in life through digital technologies, though. The World Bank and UNHCR are both working with tech companies to build identifications systems for refugees that allow them to open bank accounts, create businesses, enlist in universities, apply for loans and become a recognised member of society.

While UNHCR is also driving efforts to put refugees in charge of shelter programs and training them to build their own shelters using local materials and their own tools.

With global security showing no signs of drastically improving and increased resistance to hosting refugees from many countries, there’s a shift towards empowering refugees to take the lead in improving their own lives and new technologies provide a range of fresh opportunities.

As long as tech companies remember the aim is empowering refugees to build better lives for themselves – not exploit them as a new source of cheap labour.