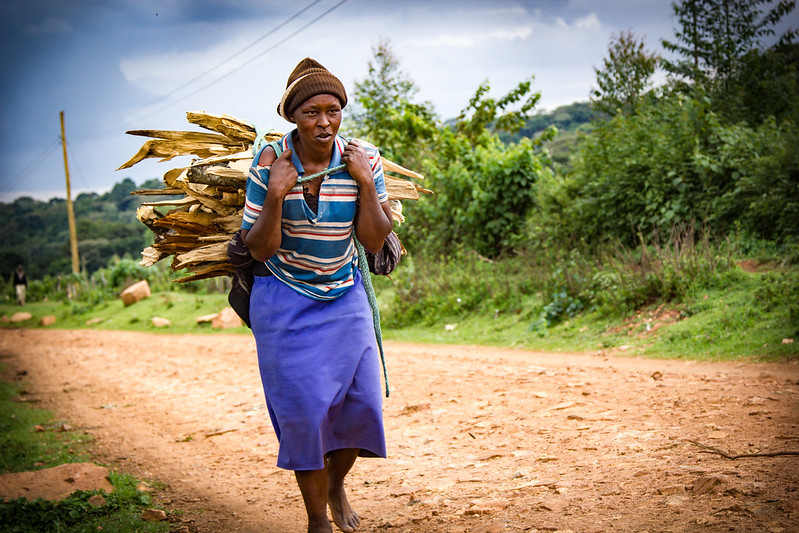 The study highlights how social conventions in East Africa and parts of Asia exacerbate the hardships of climate change upon women, a phenomenon that is likely to apply in other parts of the world, too.

The publishers of the study suggest the struggles of women will only get worse as climate change intensifies unless steps are taken to address societal conventions in accordance with measures to directly tackle climate change.

The social impact of climate change upon African women

The Nature study explores the impact of climate change on women’s societal role in East Africa. For example, it describes how men in pastoral communities traditionally leave the home in search of water for their cattle, travelling as far as 30 kilometres from their family in search of clean water. However, many of these men are now being forced to travel up to 150 kilometres to secure the water they need.

Previously, women would commonly travel with the men and milk the cattle long the journey. This milk is a vital source of nutrition for these women and their families, as well as an extra source of income. When the search for water only took men and women 15-30 kilometres from their home, the women were able to return to their homes as needed.

However, the longer journeys men are forced to take today make it impossible for women to go with them. The result means men are absent from their families for longer while women are confined to the home for greater periods of time, missing out on the contributive role of milking cattle, as well as the nutritional and financial benefits they bring to the family.

The study explores several other instances where men and women are affected differently by climate change.

The role of gender in climate change

While the Nature study is unique in its analysis of gender roles in East Africa and Asia, it’s by no means the first publication to explore the role of gender in climate change.

In a separate study published by the International Union for Conservation of Nature (IUCN), men and women are found to be disproportionately equipped to adapt to the complex challenges brought about by environmental catastrophe.

“Women and men are experiencing climate change differently, as gender inequalities persist around the world, affecting the ability of individuals and communities to adapt,” the study finds.

“Despite women being disproportionately affected by climate change, they play a crucial role in climate change adaptation and mitigation,” it says. “Women have the knowledge and understanding of what is needed to adapt to changing environmental conditions and to come up with practical solutions. But they are still a largely untapped resource.”

The study urges governments and global organisations to place more women in positions of decision-making power.

“Women have proven to be leading the way towards more equitable and sustainable solutions to climate change. Across sectors, women’s innovations and expertise have transformed lives and livelihoods, and increased climate resilience and overall well-being.”

Time for change is running out

One conclusion that’s becoming staggeringly consistent among climate change studies is that time is running out. A growing number of scientists are telling us that we’re now passing (or already have passed) the point of no return. It seems the challenges posed by climate change are going to intensify much faster than our societies are capable of adapting to them and the concern is women’s role in society will be limited by a greater margin.

Going back to the Nature study, women’s education is cited as a key area that could suffer as women are expected to take on a greater role at home. While the men of pastoral communities away from home for extended periods of time, women will be forced to spend more of their time in the home.

This societal convention will place education further out of sight for women and the benefit of practical skill could be replaced by increasingly domestic roles. In many cases, climate change threatens to undo any progress that has been made with regards to women’s rights and equality in the home.

This issue may start in the home but it will naturally expand into the professional sphere where other studies say the role of women is so important. With the IUCN calling for more women to be in positions of decision-making power, social restrictions standing in the way of education and professional progress will make this an impossibility.