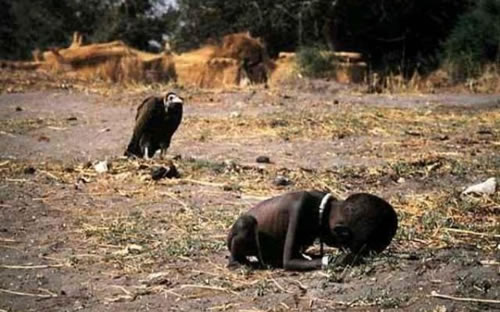 The organisation also says more than 500,000 of those are fighting for their lives with severe acute malnutrition. The worst-hit regions are to the east and west of the country – in particular the conflict-ridden Darfur region and the Red Sea State.

UNICEF representative of the UN children’s agency to Sudan, Geert Cappelaere, revealed the numbers in an interview with AFP.

“Over 38 percent of children under the age of five are chronically malnourished across Sudan,” he told the publication. “In terms of numbers, it is an incredibly huge number of children who are affected by malnutrition in Sudan.”

Cappelaere highlighted the Red Sea State in eastern Sudan and North Darfur State in the west as the worst-hit areas.

The Darfur region has been immersed in conflict since 2003, after ethnic insurgents began their fight against the Khartoum government. Millions have been displaced during the violence and 300,000 are estimated to have been killed in the conflict.

Cappelaere is urging governments and international organisations to dedicate more funds to help battle Sudan’s troubles with malnutrition. The UNICEF rep says it will take billions, rather than millions of pounds to tame the number of cases in Sudan.

“We need to continue encouraging the government to invest more in malnutrition but at the same time it will have to be a collective responsibility, the international community will have to step up if it is serious in its commitment to help the Sudanese people,” he said.

Featured image:
flickr photo shared by e-strategyblog.com under a Creative Commons ( BY ) license