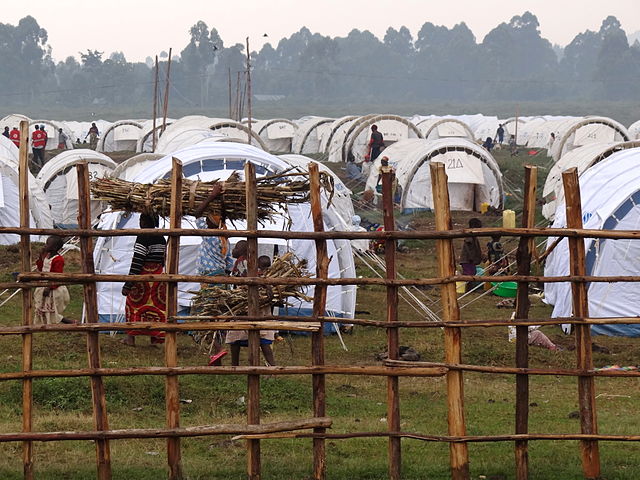 Uganda’s government has suspended four officials over the alleged mismanagement of funds meant to support refugees in the country.

The government has initiated an investigation into the allegations as the UK, EU and US all threaten to withdraw aid and suspend programmes in Uganda. The four officials in question are accused of exaggerating figures for the number of refugees in settlements to swindle money from relief programmes.

Apollo Kazungu, commissioner for refugees in the Office of the Prime Minister, and three of his senior staff, Walter Omondi, John Baptist Sentamu and Francis Nkwasibwe are the four officials who have been suspended while an investigation is being conducted.

The group allegedly created fake identities for refugees at camps in order to inflate figures. Millions of dollars in aid has gone missing as a result and the four are also accused of stealing relief items, appropriating government land meant for refugees, trafficking young girls and married women, as well as interfering with local elections.

Uganda has one of the most generous refugee policies in the world, allowing arrivals to integrate into society. However, this policy could be under threat due to the allegations against the four aid officials, according to state minister for relief and disaster preparedness, Musa Ecweru.

“There will be thorough investigations. We have asked the officers to first step aside so that investigations are independent, impartial and not interfered with,” Ecweru said.

The UN High Commissioner for Refugees (UNHCR), and the World Food Programme (WFP) have both credited the government’s response to allegations of fraud but warned there is zero tolerance for corruption in aid programmes.

“The WFP welcomes the actions the Ugandan government is taking in response to allegations of fraud and corruption in assistance operations for refugees,” Peter Smerdon, WFP regional spokesman in Kenya, said in a statement.