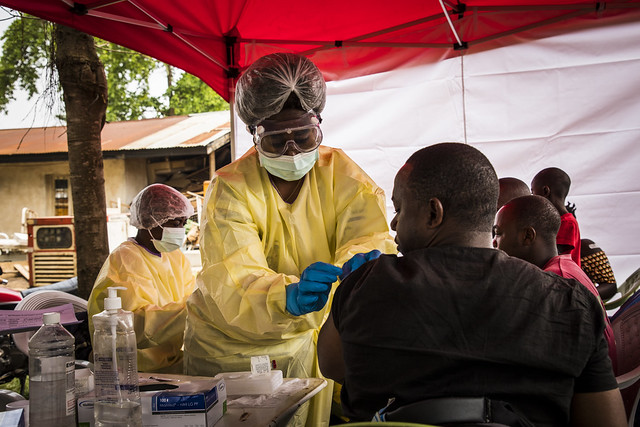 Health researchers in Uganda have launched the largest trial to date of an experimental Ebola vaccine expected to be deployed in the neighbouring Democratic Republic of Congo (DRC).

Uganda has started a trial of the Janssen Pharmaceuticals Ebola vaccine, which will be tested on up to 800 people in the western district of Mbarara. This will be the largest trial of the vaccine to date, supported by Doctors without Borders and the London School of Hygiene and Tropical Medicine.

Uganda is stepping up its efforts to prevent the Ebola virus from spreading into the country from the neighbouring DRC.

Two people died in Uganda from the disease in June after two Ugandans travelled to the DRC and brought it back with them. However, no new cases have been reported in the country since then and all measures being taken in Uganda are on a preventative basis.

The Ebola outbreak in the DRC is the second-largest in history, killing more than 1,800 people so far. Health experts have warned that roughly half of all cases in the country could still be unreported while violence in parts of the country and a distrust of health officials have hampered efforts to contain the disease.

More than 180,000 people in the DRC have already received experiment Ebola vaccines but health officials have expressed concerns about the availability of doses required to tackle the spread of the disease.

Last month, the first cases of Ebola in the busy city of Goma, which rests along the border with Rwanda were reported.

Featured image: “DRC: A Trip to the Front Lines of the Fight Against Ebola” flickr photo by World Bank Photo Collection https://flickr.com/photos/worldbank/46385535085 shared under a Creative Commons (BY-NC-ND) license