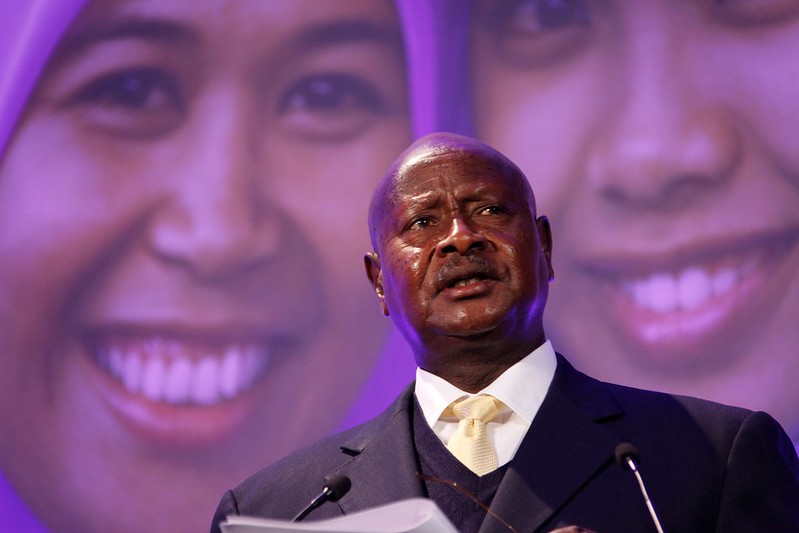 Uganda President Yoweri Museveni secured a sixth term in power on Saturday after the country’s electoral commission named him the winner of this week’s landmark election.

Museveni’s victory follows one of the most violent election campaigns in Uganda’s democratic industry, defined by political intimidation and crackdowns against opposition figures. Museveni’s main rival in the election, Bobi Wine, insists the election was rigged in favour of his opponent and claims to be the rightful winner of the poll.

According to Uganda’s Electoral Commission, Yoweri Museveni won almost 59% of the votes, his lowest share of the polls since the mid-90s. However, the long-running president – who has been in power since 1986 – still commanded a big lead over rival Bobi Wine, who secured roughly 35% of the votes.

Bobi Wine, whose real name is Robert Kyagulanyi, has vowed to provide evidence of vote-rigging, insisting he has the support of Uganda’s youth in one of the world’s youngest countries.

The build-up Thursday’s election was marred by political by violence that killed dozens of people with key opposition figures facing harassment and intimidation from security forces. Bobi Wine himself was arrested and detained several times during the campaign process with authorities accusing him of breaking Covid-19 restrictions.

Museveni wore military fatigues to address the nation on Saturday night after he was announced the comfortable winner by the electoral commission. He vowed to fight against evictions and tackle the inequality of wealth in Uganda while praising his administration’s efforts to increase agricultural technology adoption.