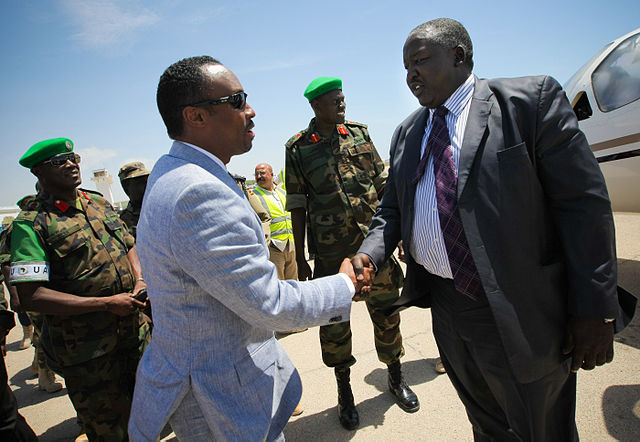 Uganda says imposing an external “trusteeship” government upon South Sudan would only make the situation worse in the troubled country.

The international community appears to be losing patience with Slava Kiir’s government and the ongoing security crisis in South Sudan. The rising number of refugees fleeing the country is putting strain on its neighbours and countries further afield, but Uganda insists military intervention is not the way to go.

Ugandan Minister of State for Foreign Affairs, Okello Oryem, rejected the notion of forcing an external government upon South Sudan on Thursday.

“I don’t think it’s a good idea,” he said. “That’s a colonial mentality. If an attempt was made to have trusteeship in South Sudan, then I think even the Machar side would resist it and fight it,” he told Reuters in an interview.

Oryem feels the move would not only be opposed by Salva Kiir’s government but also his long-time enemy, Riek Machar, who is rumoured to be under house arrest in South Africa.

Uganda’s position has drastically changed since 2013 when conflict first broke out in South Sudan. Uganda decided to send in troops – a move it says prevented an ethnic genocide – but the country was widely criticised for the intervention.

Uganda was accused of having ulterior motives by members of the international community and it has since ruled out sending troops into the country again.

We’ve told them we are not going to go back,”Oryem told Reuters. “Uganda has no more interest in sending its troops and boys to South Sudan.”