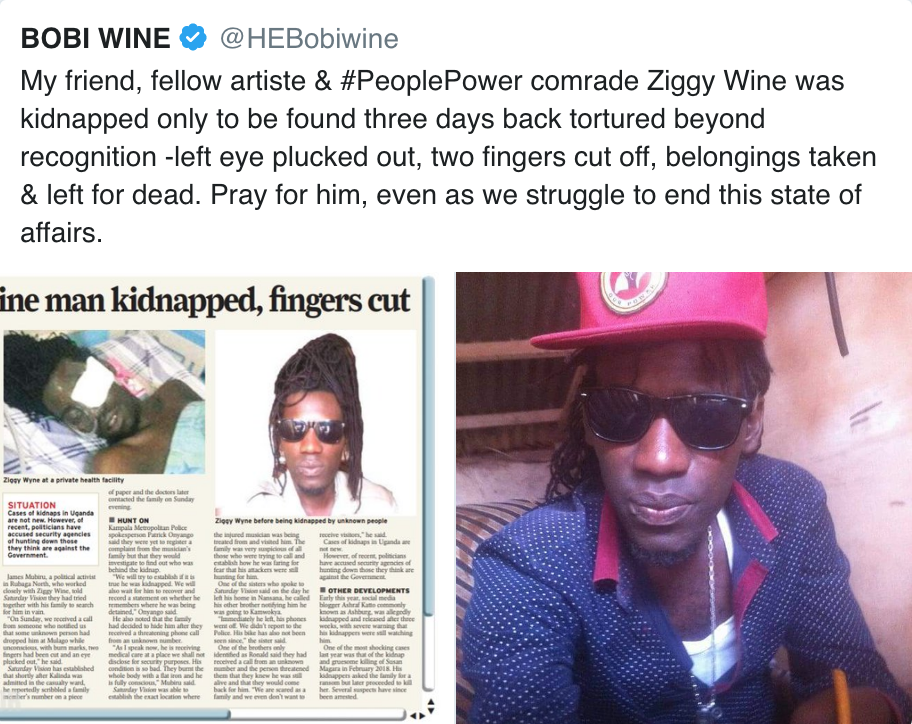 Police in Uganda say musician and blogger Ziggy Wine died in a car crash, rejecting reports that the government critics was kidnapped and tortured by state officials.

The Ugandan Police Force officially responded to the reports on Tuesday after fellow musician and opposition politician, Bobi Wine, said his compatriot had died from injuries sustained while being tortured by security forces. The police went on to warn politicians against using Ziggy Wine’s death for political means.

In a statement released on Tuesday, spokesman for the Ugandan Police Force, Fred Enanga, detailed a road incident that took place on July 21 which it attributes to the death of Ziggy Wine.

It says the musician hit a female pedestrian with his motorcycle and then crashed into the roadside trench. According to the statement, Ziggy Wine wasn’t wearing a helmet and landed on his head with the motorbike falling on him.

The woman allegedly sustained “very serious injuries” while Ziggy Wine “was bleeding from the nose, forehead and also had severe injuries to two of his fingers,” the statement says.

The police also said a post mortem revealed nothing unusual and no suspects are being sought, “since there was no motive to his death.”