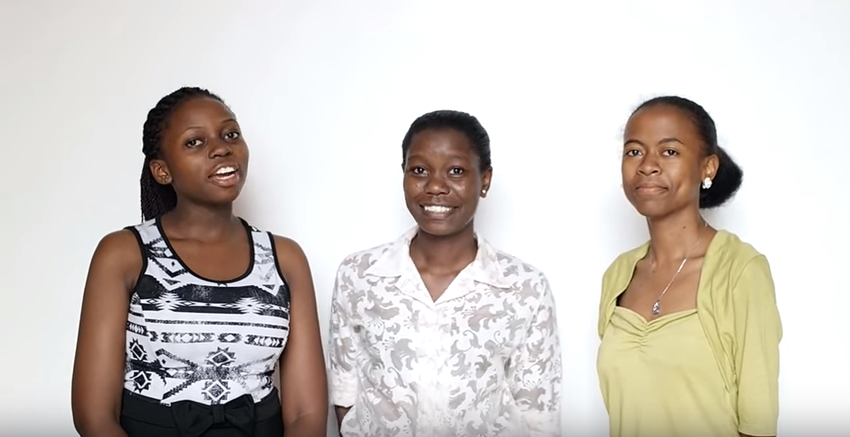 A group of five female students in Uganda have developed a smartphone app that can detect harmful vaginal bacteria which has numerous health implications.

Team Code Gurus has published a video on YouTube to demonstrate how the app and test kit work. Team programmer, Ndagire Esther explains the team aims to work with NGOs and other health facilities to supply women in rural areas with the kit:

“We plan on marketing our application through NGOs, clinics and pharmacies,” she says. We hope the NGOs can help us reach rural areas where women who don’t have the opportunity to test their bacteria will be able to use our application.”

The team hopes to make testing easier and more accessible to women across Uganda, where sexual health knowledge and treatment remain challenges.

The Ugandan Ministry of Health finds that, while 90% of Ugandan people between the ages of 20-24 know about condoms, less than 50% have ever used one – highlighting the risk women face from infections and diseases related to sexual intercourse.

While Bacterial Vaginosis (BV) isn’t considered a sexually transmitted disease itself it frequently develops after intercourse with a new partner and women with multiple partners are the most susceptible.

BV is also largely treatable and and rarely causes direct complications, as long as it is spotted and treated quickly enough. The real concern with Bacterial Vaginosis is it can make women more susceptible to HIV and other sexually transmitted infections; cervical cancer; Pelvic Inflammatory Disease (PID); post-surgical infections and pregnancy complications.

These are all serious concerns in Uganda where sexual health still has a lot of progress to make and BV is prevalent in women who are already at risk from HIV and other STIs.

A recent study from the British Medical Journal found that 88% of Ugandan women tested positive for Bacterial Vaginosis throughout trials, concluding that “more effective treatment strategies are urgently needed”.