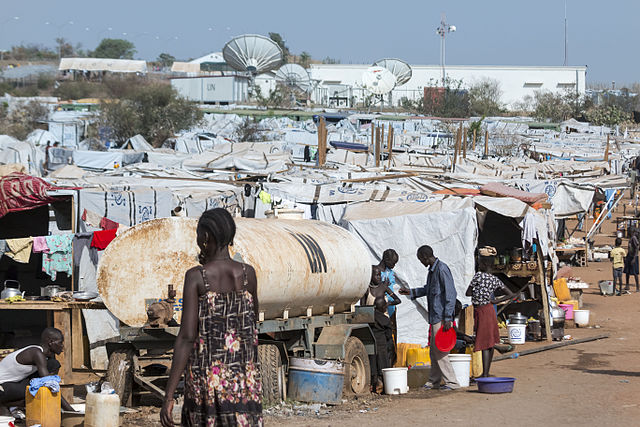 According to two UN agencies, 62 percent of the 1.8 million South Sudanese refugees fleeing to neighbouring countries are children, while more than a million have been internally displaced.

Children running for their lives

“That refugee children are becoming the defining face of this emergency is incredibly troubling,” he adds.

South Sudan’s civil conflict started in late 2013 and multiple peace agreements have failed to bring violence to an end in the world’s youngest nation. Tens of thousands have been killed and an estimated 3.5 million people displaced during the war, meaning the majority of those fleeing their homes are children.

South Sudan on the brink of famine

To make matters worse, around 100,000 people in South Sudan are facing famine and a million more are on the brink of famine. Two counties in the nation are already considered to be experiencing famine and the UN is now warning a third county could join the list.

Aid groups are critical of the South Sudanese government for not doing more to ensure aid reaches those who need it in the country. They say famine in the country is a “man-made tragedy”, caused by ongoing violence and government efforts to block aid and restrict humanitarian access.

Environmental factors could soon contribute to the country’s famine problems as well, as the lean season approaches.