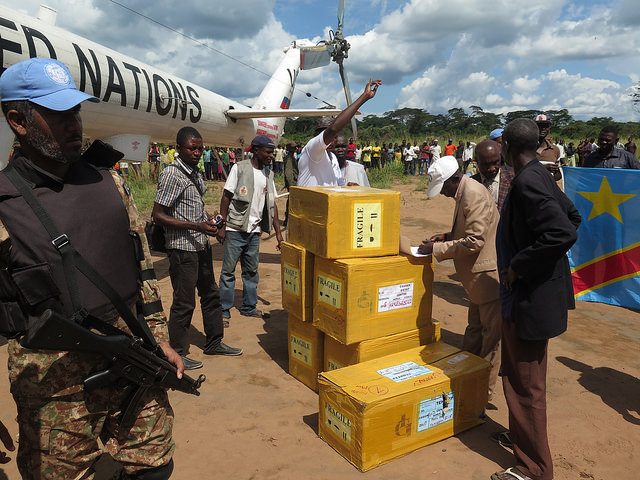 The United Nations has condemned the rise of human rights violations in the Democratic Republic of Congo (DRC).

Citing a new report, the UN says it has seen a 60% rise in human rights violations over the last two months, blaming the majority of incidences on the police and army following an outbreak of street protests against President Joseph Kabila.

The UN mission in DRC (MONUSCO) documents 704 violations across the country in October, up 60% from 441 in August. The abuses cited in the report include extrajudicial killings and rape with children among the victims mentioned.

The UN Human Rights Joint Office (UNJHRO) says the police, army and security forces were responsible for 63% of those violations, including the extrajudicial killing of 56 people. While armed groups are blamed for a large portion of the remaining violations over the past two months.

The rise in human rights violations is, in part, attributed to protests against President Joseph Kaliba who is refusing to step down as the country’s leader. However, ongoing violence in conflict-ridden parts of the country is also a contributor.

More than 70% of all violations took place in high-conflict areas, including Ituri, North Kivu, South Kivu and Tanganyika. The report cites conflict-related sexual violence against 60 adults and 20 children between August and October.