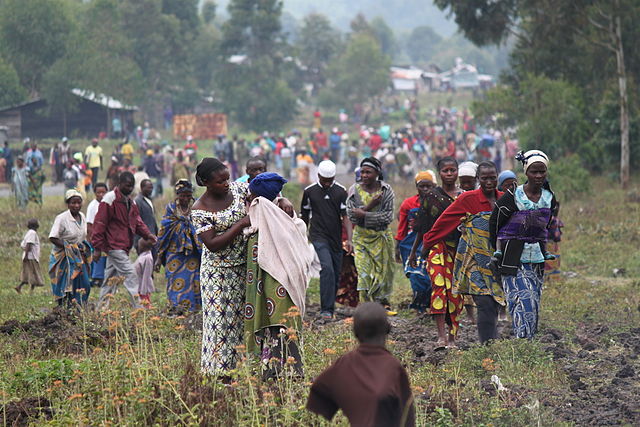 The United Nations says donors pledged $528 million for humanitarian issues in the Democratic Republic of Congo (DRC) at a recent gathering in Geneva.

The figure is less than a third of the total $1.7 billion the UN estimates is needed to provide emergency aid to those most desperate in the DRC. However, UN humanitarian chief Mark Lowcock says he is pleased with progress and never expected to raise the full amount in one conference.

Donors gathered in Geneva on Friday but representatives from the DRC boycotted the meeting altogether. The country’s government accuses the UN of exaggerating the extent of its humanitarian crisis, which UN Secretary-General Antonio Guterres called “one of the world’s largest humanitarian crises” in a video address to donors at the event.

“I am pleased with the progress,” he told reporters after the meeting.

Crisis in the DRC

In January, the UN said it needed $1.7 billion to deliver urgent aid to millions of people in the DRC. Last year alone, an estimated 2.2 million became internally displaced due to spreading violence in the country, almost doubling the total figure of internally displaced people to 4.5 million.

More than 13 million people are in need of humanitarian assistance in the DRC, including some 4.6 million children suffering from acute malnourishment.

Earlier this year, UN humanitarian chief Mark Lowcock said there’s also “an epidemic of sexual violence, most of it unreported and unaddressed, and much of it against children.”