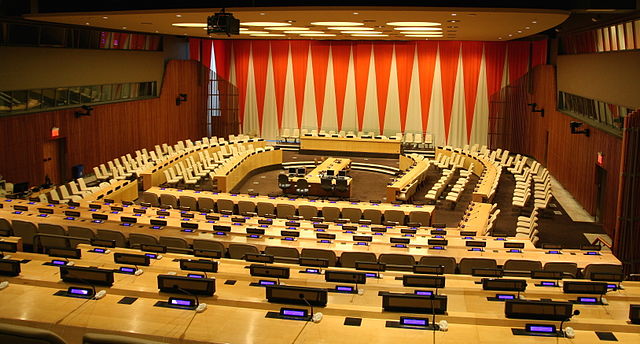 The President of the United Nations Economic and Social Council (ECOSOC) has warned the international community that more is needed to avert humanitarian crises due from future El Niño weather shifts.

ECOSOC President Oh Joon emphasised the point that El Niño is not a one-off event and that more preparation is needed to cope with the adverse weather conditions caused by the temporary climate change.

Not a one-off event

“We must remember that El Niño is not a one-off event but recurring global phenomena that we must address for future generations and to achieve the Sustainable Development Goals (SDGs),” Joon said at a meeting on the impacts of El Niño at the UN headquarters in New York.

“All partners, the United Nations, international and regional organisations, civil society, the private sector and the scientific community, need to take coordinated and fortified action to tackle El Niño risks, he said.

He also pointed out that climate change is increasing the frequency of adverse weather conditions and perhaps the strength of phenomena like El Niño.

Central to vulnerable countries being able to cope with weather extremities and natural disasters will be long-term development strategies, according to experts. Africa is home to some of the world’s fastest developing economies but also some of the hardest hit by last year’s El Niño.

Ethiopia is the single fastest growing economy in the world but it’s struggling with its worst drought in 50 years due to El Niño. The rate of growth over the last three decades has been exponential yet the country failed to better prepare for the weather phenomenon – despite knowing it occurs every two-to-seven years.

Neighbouring Kenya is the largest economy in East Africa but it has also struggled to cope with floods in parts of the country due to the adverse weather conditions. These conditions have been made worse by the fact this current El Niño is the strongest seen in decades. However, the fact remains these countries and the international community knew it was coming and not enough has been done to cope with that.