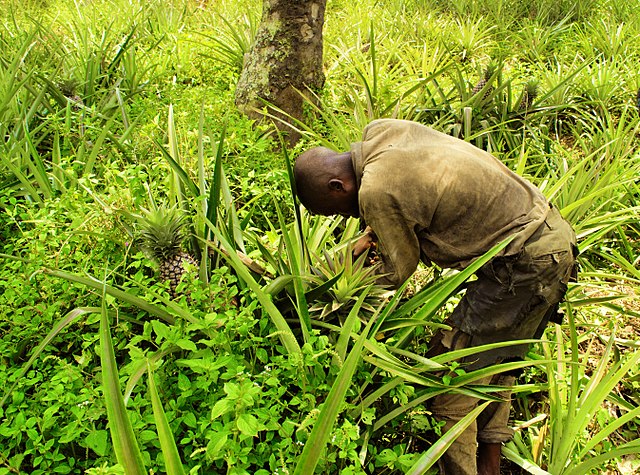 The United Nations’ food agency says more than three million people in the Democratic Republic of Congo (DRC) are facing starvation unless vital funds are delivered.

The World Food Programme (WFP) warns that hundreds of thousands of children could die in the coming months if emergency aid isn’t urgently delivered. WFP Executive Director, David Beasley, is urging donors to respond immediately to the growing crisis in the central African nation.

‘We need help, and we need it right now’

Speaking about his trip to the DRC this week, David Beasley described the food crisis the Kasai province as a “disaster”.

“We saw burned huts, burned homes, seriously malnourished children that had been stunted, obviously many children have died already,” he told the BBC.

“We’re talking about several hundred thousand children there that will die in the next few months if we don’t get first funds, and then second food, and then third access in the right locations.”

The WFP exec says the organisation only has one percent of the funding it needs to help people in Kasai. He’s calling upon donors to act immediately in order to save the lives of millions.

“If we wait another few more weeks before we receive funds to pre-position food, I can’t imagine how horrible the situation is going to be,” he said.

“We need help, and we need it right now.”

Conflict hit Kasai in August 2016 when rebel fighters clashed with government forces. Violence has intensified since President Joseph Kabila refused to step down at the end of his mandate in December last year.

The ongoing conflict has forced 1.5 million people – many of whom are children – from their homes. In a country still recovering from a brutal civil war, the conflict emanating from Kasai is hurting the entire nation. The conflict has spread to five other provinces, killing thousands. Investigators have uncovered mass graves, evidence of people being hacked to death and evidence of grave human rights violations.

However, for those facing starvation in the province, the worst side-effect of the Kasai conflict is the impact on food security.