As UN Praises Somalia, How Much Has the Country Really Improved? 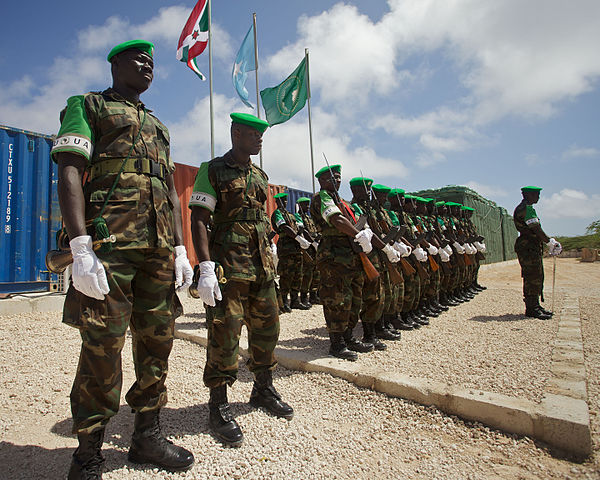 This week envoys to the UN and African Union (AU) praised Somalia, claiming the Horn of Africa country is on the right path to stability. That might come as a surprise to some, considering the increased frequency of Al-Shabaab attacks in the capital this year.

In fairness, there’s more to stability than security alone. Economic, political and various other factors come into play. So what kind of progress is Somalia really making?

The least stable country in the world

Somalia owns the unfortunate title of being the world’s least stable country. Save for being briefly overtaken by South Sudan, the Horn of Africa nation reclaimed its unwanted crown this year.

This comes from the Fragile States Index 2016, which ranks every country around the world in order of stability. The index scores a range of social, economic and political factors. Needless to say, Somalia doesn’t score well with a consistent run of 9+ across all factors.

The only consolation is South Sudan still ranks worse than Somalia in every category except “Human Flight & Brain Drain”. Despite having one of the worst national security crises in the world it turns out South Sudan keeps hold of its most dedicated and talented. Somalia doesn’t.

Except for South Sudan’s brief stint as the world’s most unstable country, Somalia has held on to the top spot since 2008. This doesn’t mean the country hasn’t progressed, though. In fact, things took a notable upturn in 2011 when the UN-backed African Union Mission to Somalia (AMISOM) was established.

The rise of Al-Shabaab in Somalia took the conflict-ridden nation to new lows. The country had already earned itself the reputation as a failed state. However, the combination of piracy and growing Islamist extremism turned the country into a concern for global trade and security. In 2011, AMISOM peacekeeping troops entered the country and started its fight against Al-Shabaab.

The next five years saw genuine improvement. By 2012 piracy dropped to a six-year low and by 2014 Al-Shabaab was forced out of major cities. Meanwhile, Somalia’s economic figures are murky. A lack of  any centralised government over the years made stability impossible. Yet the country maintains a certain level of economic stability, all things considered. In fact, Somalia earns its best score for “Poverty & Economic Decline” in the Fragile Sates Index.

In 2012, the introduction of its first formal parliament for more than 20 years was another major boost. Somalia finally seemed like a country equipped to shake off its reputation as a failed state.

The return of Al-Shabaab

Unfortunately, the early success of AMISOM would prove too much to sustain. Despite its vastly superior numbers, funding and tactics became a problem for the mission. Financial promises made by the international community came up short and the mission is now clearly overstretched.

Al-Shabaab managed to stage deadly attacks in Kenya – revenge for its 2011 military intervention – and violence has returned to the Somali capital. It’s a level of insecurity the nation’s new government simply isn’t equipped to handle. While AMISOM continues to show signs it doesn’t have what it takes to finish the job. At this stage, it seems Somalia is on the decline and nobody has the resources to prevent it.

What progress is the UN talking about?

Recent comments from UN and African Union envoys may surprise many, but there are motives at play. Somalia is gearing up for presidential elections next month; the same elections President Mohamoud postponed last year due to growing unrest. The last thing Somalia needs right now is an election marred by violence.

There’s also the issue of Kenya closing Dadaab – the world’s largest refugee camp – which is home to more than 300,000 Somalis. After fleeing their home country these refugees are now being encouraged to return. The UN itself has urged Dadaab’s Somali residents to voluntarily head back home. So it can’t turn around and say the country isn’t on a path to stability within the same breath.

Finally, there’s the UN-backed AMISOM mission – one of the African Union’s largest peacekeeping operations. Both the UN and African Union face increasing pressure to step up their efforts with AMISOM as Al-Shabaab restrengthens. It’s not a lack of soldiers or firepower but a question of funds that are holding back the operation. African nations are willing to fill the boots but nobody is stepping forward to pay for them. If a solution isn’t found, AMISOM could well be on the brink of failure – something neither the UN nor AU will want to admit.

So while there has been genuine progress in Somalia over the last decade, the timing of these comments from the UN and AU seems odd. Until you consider the incentives each organisation has in the idea that Somalia is on the path to stability.