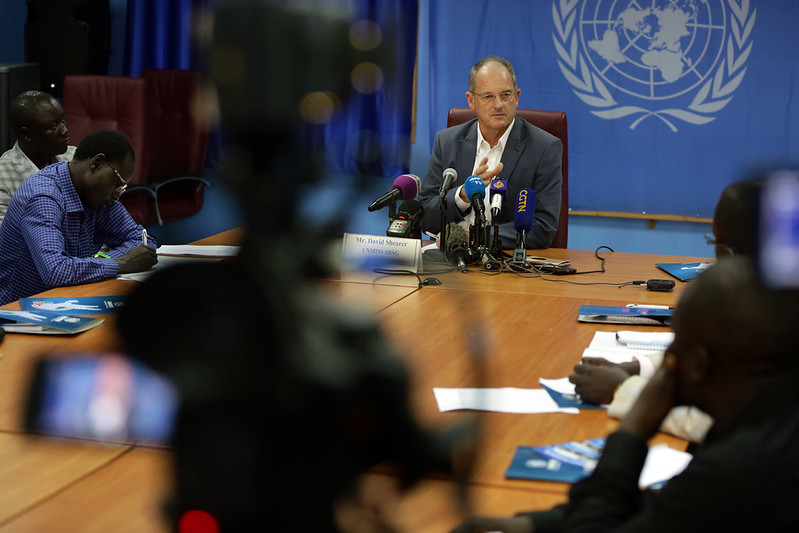 The head of the UN Mission in South Sudan (UNMISS) has appealed for the international community to remain focused on the country’s crisis as a tentative peace process continues to falter.

Despite gradual progress in implementing South Sudan’s 2018 peace agreement, including the formation of a transitional government, UNMISS chief David Shearer warns that progress on unifying the security forces has stalled, which is a key benchmark in preventing further outbreaks of violence.

“Momentum in South Sudan’s peace process is linked to the strength of international engagement,” David Shearer told the UN Security Council via a virtual meeting on Tuesday. “However, attention by member states in the Horn is understandably directed elsewhere, contributing to the sense of drift that people are frequently remarking upon. Nevertheless, collectively, we still need to remain focused on South Sudan and guide the peace implementation.”

With the world currently battling against the coronavirus pandemic, Shearer warns that reduced attention on the situation in South Sudan could have catastrophic consequences for the country and the Horn of Africa region.

Every stage of South Sudan’s peace process has missed key deadlines with rival leaders continuing to argue over key terms and implementation. Each holdup is an additional risk that conflict could erupt in a country where several peace deals have previously failed to hold.

Speaking to the UN Security Council on Tuesday, Shearer also highlighted concerns that millions of people in South Sudan also face severe food insecurity, driven by continued violence in parts of the country. He did acknowledge that progress had been made in 2020 and violence, overall, has dropped but isolated clashes and the threat of the upcoming dry season put millions of people in danger.