The ups and downs of Africa’s online gambling boom 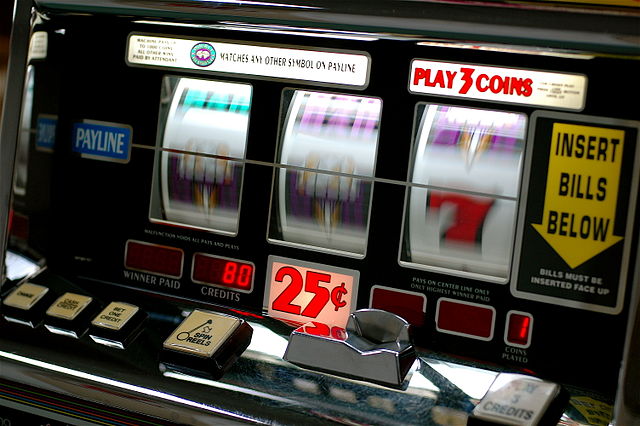 Gambling is a multitrillion-dollar industry and Africa is one of the newest, most exciting players to sit at the table. Kenya, Nigeria and South Africa are the fastest growing markets on the continent, according to research by PricewaterhouseCoopers, while Uganda and Tanzania are other big players in the East African region.

It’s not only the casinos that are driving Africa’s gambling boom either, but the rise of online sports betting that’s gripping people across the continent. There’s serious money to be made for innovators in the industry and, of course, plenty to spend for those chasing the thrill of elusive wins.

Africa’s love affair with online gambling is a relationship of ups and downs, there’s no doubt about it. The casinos and online betting firms are winning big but the people putting their money on the lines have very different stories to tell.

Gambling is nothing new in Africa, of course. Betting on pool games, Ludo and other activities has been popular for as long as memory can stretch. However, the rise of modern gambling in Africa a very clear and recent memory for most of the continent.

In Uganda, it was the emergence of casino operators and a national lottery in 2004 that got the balls rolling. Then, in 2007, Sports Betting Africa opened the first licensed sports betting outlet, jumping on the growing popularity of English football. Now there are thousands of licensed betting shops across the country and many more illegal operators – not to mention the constant connection to online gambling offered by smartphones.

In Kenya, one of Africa’s fastest growing gambling markets, smartphones are driving the nation’s addiction. Africa is one of the world’s most impressive innovators when it comes to mobile technology but it comes with a few expenses – smartphone addiction and constant access to online gambling being two examples.

However, this isn’t unique to Africa. The whole world is connected to the web, attached to their smartphones and only a click away from online gambling. So why are African’s specifically turning to gambling in such high numbers?

The appeal of gambling in Africa

The popular explanation for Africa’s growing interest in gambling is that large groups of unemployed people are turning to it in the hope of winning easy money – especially younger people.

According to the Digital Skills Observatory, one-third of Kenyans now use their phone for betting. And this doesn’t account for the activity in the growing number of cyber cafes, betting shops, makeshift casinos and slot machines cropping up. Kenya’s betting revenue is expected to reach KSh5.1 billion by 2020 – up by 142% from 2014 – and there are no suggestions it will stop there.

It’s not always the desperation of poverty or unemployment that turns people in Africa to gambling, though. This is especially true when it comes to sports betting in African nations that have plenty of reasons to enjoy their sport. Not least because they consistently provide some of the best athletes – and this has been particularly evident in football over the last couple of decades.

African footballers now represent a large chunk of the English Premier League and other leagues around the world. These aren’t limited to substitute roles or marketing gimmicks either; some of the best names in the sport over the last 20 years represent African nations.

So the popularity of English football in Africa isn’t superficial by any means and they wouldn’t be the first fans to add extra spice to the event by placing money on the result.

In fact, recent research on the UK gambling scene reveals almost half of all Brits gamble regularly.

The stakes are often higher in Africa

The real problem with Africa’s growing gambling addiction is the stakes are often higher for many. Much of Africa’s youth spends the little money they have on gambling, drawn in by the false promise of winning money.

It’s the same promise that lures most gamblers in, but the financial and psychological effects on young Africans can be particularly damaging. This is a relatively new phenomenon, too – one that’s making a lot of money for businesses, entrepreneurs and people in high places. There’s little reason for them to publicise the negative effects gambling can have on individuals and households – or communities as a whole.

As with many things in Africa, the gambling industry is rapidly expanding and the side-effects are developing at an equal pace. The rise of gambling, the internet and mobile technologies are all coming at African nations in one aggressive combination.

The winners keep winning, the losers…

The industry is winning big and many African governments are raking it in too, but at what expense? People are spending more time and money on gambling, which could be spent elsewhere. The rise of gambling students who spend their time and university fees on betting is an unwelcome culture that’ll come back to hurt the wider economy. There are increasing reports of people remortgaging their homes, selling cars and bankrupting businesses to fund their gambling – all well-documented habits of gambling addiction.

As Tanzanian psychologist, Dr Chris Mauki, says in reference to his own country’s gambling boom: “The government benefits from this business but it must consider the effects the country also suffers from losing capable manpower and the resources spent trying to heal addicts from this nightmare.”