US Denies Reports One of Its Drones Has Crashed in Somalia 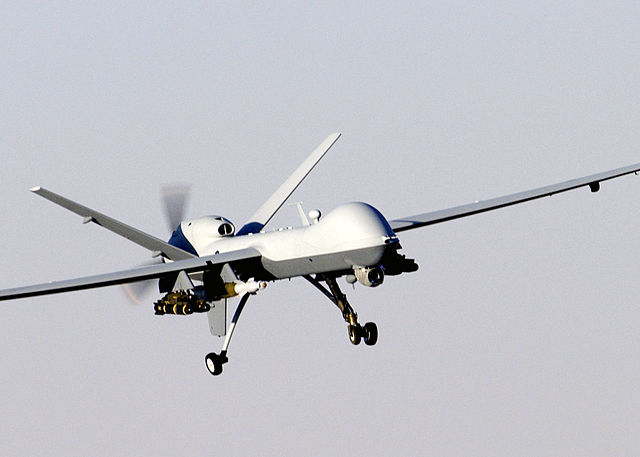 The Pentagon has denied claims from Somali-based militant group Al-Shabaab that one of its drones has crashed in the Horn of Africa country.

Residents in the southwestern Gedo region have reportedly backed up Al-Shabaab claims of a drone attack. However, a Pentagon Spokesperson told VOA that “all AFRICOM assets in this area are accounted for and we have no indication any were involved in this reported incident.”

Al-Shabaab claims the unmarked drone crashed in the hilly Buuraaha Sanda’ar region, an area controlled by the Al-Qaeda-linked militant group. It claims the drone was armed with six missiles and has now been seized by Al-Shabaab fighters in the area.

“It crashed away from civilian areas. Our fighters took it away and we have safely removed the missiles from the drone,” a leading fighter in the area told Al Jazeera. A government official for the Gedo region and a Kenyan security source in the area have also confirmed the crash, according to the publication.

Handing technology to he enemy

Analysts have said there is little chance the militant group will be able to use the laser-guided missiles this kind of drone is armed with – if they have indeed seize them. The bigger concern is Al-Shabaab could sell them on the black market to a US rival – not only profiting from the sale, but potentially handing sensitive technology over to nations against the country’s interests.

“The greater danger is if Al-Shabab has six live hellfire missiles, they could potentially make money by selling those to foreign powers like China or Iran. There is sensitive technology in these missiles, even though they have been around for a long time,” research analyst Justin Bronk told Al Jazeera.