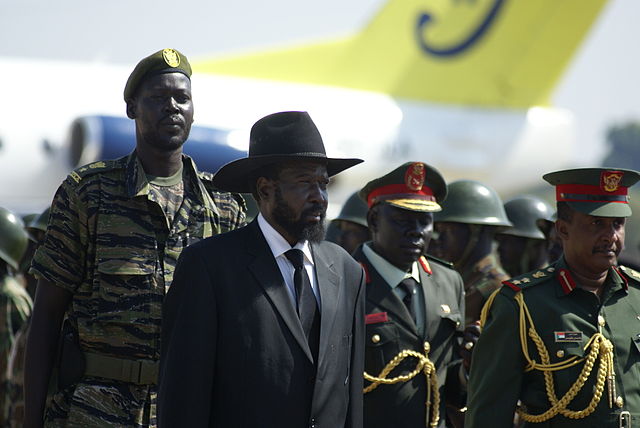 US Special Envoy to South Sudan, Donald Booth, says it would be a mistake to reinstate Riek Machar as vice-president in the East African nation.

The ambassador also had some choice words for South Sudanese president Salva Kiir, who he accused of “militarily pursuing his first vice-president out of South Sudan.”

“President Kiir and those around him bear much of the responsibility for the extent to which the Transitional Government has failed to become the representative body it needs to be,” Booth told the US Congress on Wednesday.

He blamed the leader for fuelling conflict in his country by implementing his 28 states decree from December 2015. The move reignited tension across various border lines and prompted South Sudanese rebels to increase their efforts against the government.

Booth says Kiir “facilitated a zero-tolerance policy toward dissent both within the government, from fellow politicians, and without, from civil society and the media.”

“One particularly upsetting aspect of the current crisis is the conduct of South Sudanese government forces,” he said. “We continue to receive reports of civilians being targeted, including with brutal sexual violence. Recent reports indicate a new campaign by government commanders to recruit child soldiers.”

Machar return to office a mistake

Booth also expressed his opposition to the idea of Riek Machar returning to office as  South Sudan’s First Vice-President for a third time.

“It is not for us to tell South Sudan who its leaders should be,” he made clear, before adding: “Given all that has happened we do not believe it would be wise for Machar to return to his previous position in Juba.”

Machar remains in the Sudanese capital Khartoum, where he was found last month. The former vice president was briefly treated for a leg injury in the city but quickly recovered. Since his departure from South Sudan he has been replaced as leader of the SPLM-IO opposition party and vice-president of the country.