Could the West Learn Something from African Democracies? 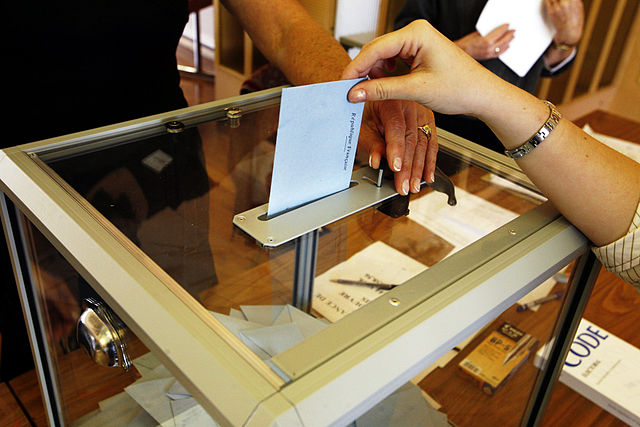 There’s a common notion in the Western world that African democracies should grow up to be more like their international counterparts. The US definition of democracy, inherited from Britain in the 17th century, is the model for others to learn from – or at least that’s the plan.

However, US politics is in upheaval with the looming inauguration of Donald Trump in January 2017. While the home of modern democracy, Great Britain, is staring down the barrel of Brexit, prompted by a similar campaign of discontent against the establishment (and immigrants).

Few must have enjoyed watching the US election more than Rwandan president Paul Kagame. While many African leaders will be wondering what Donald Trump means for bilateral ties, trade deals and aid projects, Mr Kagame could get his wish that the US concentrates on its own affairs rather than Rwanda’s.

Washington has developed a habit of pointing the finger at Kagame’s regime, announcing its “deep disappointment” at his plans to run for a third term as president.

However, Kagame rejects the US notion that his country should be taking notes from an international community that turned its back during the 1994 genocide in Rwanda. He insists his decision to run again is for the sake of democracy – not against it – but it will be Rwanda’s democracy and no-one else’s.

“You clearly expressed your choices for the future of our country (in the referendum),” he told the nation in January. “You requested me to lead the country again after 2017. Given the importance and consideration you attach to this, I can only accept.”

All going according to plan

Unlike Britain’s version the following year, there were no surprises in Rwanda’s referendum. Unlike the US presidential election, experts in Rwanda had no problem predicting the outcome. Rwanda voted for Kagame to run again in overwhelming numbers.

So, while politics in the US and Britain endure similar identity crises – the kind that threatens to spread across Europe – everything is going according to plan in Rwanda.

It seems the general public in the US, Great Britain and wider Europe aren’t big fans of Western democracy as it stands. Voters are lashing out in the only way they can by forcing shock results in the few decisions they actually have a say in.

Things are very different in Rwanda; they’re (supposedly) voting for more of the same.

The false democracy of elections

Africa has its own problems when it comes to elections, of course. Transparency issues and the pattern African leaders staying in office beyond their term limits are constant sources of criticism. For now, it seems, few African nations will get the chance to vote for their own Donald Trump in a fair and democratic way.

However, this is where many of Paul Kagame’s criticisms of Western democracy lie. He warns against the “big mistake or confusion to say that democracy equals elections.”

“In politics, the winner can be the most unqualified person,” he says. “There are all kinds of sentiments that can be called upon for anybody to win. That is what makes [democracy] dangerous – you find people who call upon these sentiments, even if they do not believe in them, they do so to win.”

Fitting words after an election that put an unqualified billionaire and former reality TV star against a politician dodging criminal investigations. These, apparently – out of more than 320 million US citizens – were the best two candidates to run for presidency, as voted for by its precious democracy. Take a bow America.

Of course, there are deeper implications from the recent votes in Britain and the US. We’ve seen what discontent mixed with misinformation can do. We’ve seen how easy modern societies are still swayed by movements of anger that echo Europe’s darkest moments in recent history. Let’s not forget, Hitler was voted into power by an angry populist movement that targeted a foreign enemy. Hopefully, that proves to be as extreme a comparison as it sounds, but it’s difficult to say at this point.

All we know is Western elections are turning into a farce show and people largely aren’t voting for what they want. They’re simply voting for change in whatever form it comes.

The false democracy of term limits

Here’s a question for you: What if the US had a third option to vote for on November 8? What if the general public could have voted for either Donald Trump or Hillary Clinton to assume office or Barack Obama to sit for another term – which option would the country have voted for?

Or, perhaps that question should be asked in a different way. For US and global geopolitics, which of those three candidates would be most qualified to call the White House their home for the next four years?

Could it be the US obsession with term limits is more of a hindrance to democracy than a benefit?

Rwanda will get that opportunity in 2017 – to either vote for a new leader or keep Kagame in power if they consider him the best man to lead their country. Of course, the same questions of legitimacy and transparency are there. The same criticisms over human rights violations under Paul Kagame continue to resurface – and rightly so. But who’s asking questions about the police brutality taking place during protests and various other human rights concerns in the US?

Washington is never shy about criticising the state of democracy in African nations. But maybe it could learn a thing or two from the likes of Rwanda and its neighbours. Perhaps the first lesson should be listening to what Paul Kagame has been saying for years: that America should worry about the state of its own politics first.