What next for Sudan and the the ousted Omar al-Bashir? 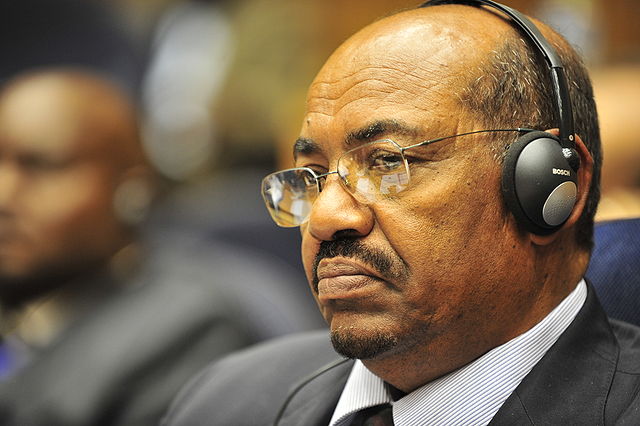 After ruling Sudan for three decades and establishing himself as a seemingly unmovable ruler, Omar al-Bashir has been ousted as the country’s leader.

The African nation has been at a political impasse for months with protesters refusing to end anti-government demonstrations despite multiple vows from Bashir that he would never step down. The pressure against him had been increasing on a weekly basis and the long-serving president promised changes were on their way. However, protesters were adamant that the only way to get them off the streets was for Bashir to resign as president.

For analysts, the situation in Sudan has been as fascinating as it is troubling with the resolve of demonstrators refusing to waver in front of one of Africa’s most notorious leaders. With no workable solution in sight, Bashir found himself in an impossible position but the notion of him stepping down was unimaginable for most.

This is the man who has evaded the International Criminal Court (ICC) for more than a decade and resisted pressure from the international community for even longer.

Yet the people of Sudan now find themselves in unprecedented territory. A life without Omar al-Bashir as their president has begun and one of Africa’s longest-serving rulers has been ousted. It’s too early for Sudan’s resilient protesters to start celebrating, though, as the removal of Bashir now leaves the country in a fragile state of transition filled with uncertainty.

How long can military rule last in Sudan?

The military has essentially seized control in Sudan after ousting Bashir from power and the former leader has since been detained after hoards of cash were found at his residence last week. However, the protesters who called for his demise over the past few months are demanding a civilian transitional government to be established in place of the current military rule.

So, in term of the political crisis being over, there’s still a long way to go and Bashir has essentially been replaced by another unwanted leader in the eyes of protesters.

The demonstrators who campaigned so strongly for regime change insist they will not tolerate the military holding on to power. Meanwhile, the military is giving them relative freedom to continue their protests in a peaceful manner and we’re yet to see any of the violent crackdowns witnessed under the rule of Bashir.

How long this will last remains to be seen.

In terms of international support, Sudan’s military has received backing from Saudi Arabia and the UAE but that’s about it. The African Union (AU) initially gave the military 15 days to return the country to civilian rule but the regional body has now extended this for a period of three months.

This is a blow for protesters who were hoping for a faster resolution but, for now, the international consensus is that Sudan’s military must return power to the people. Should the military refuse to relinquish power and be suspended from the AU, it will make it difficult for the regime to get international support from outside of the body.

Perhaps, more importantly, Lieutenant General Abdel Fattah al-Burhan, who replaced Ibn Auf as head of the military council, has promised throughout this entire process that a civilian government will be established. However, this hasn’t prevented scepticism among protesters that the military will attempt to cling to power or allow key figures under the previous regime to protect their positions.

What will happen to Bashir?

For now, Bashir is in detention and under investigation for fraud after hoards of money were found at his residence while under house arrest. Initially, the military said it will not extradite the former leader but may try him within the country.

The International Criminal Court (ICC) issued arrest warrants for Bashir in 2009 and 2010 on suspicion of genocide, war crimes and crimes against humanity. However, the leader defied the court for the final decade of his rule and visited multiple foreign nations during that period, including several ICC member states.

So far, little effort has been made at an international scale to get Bashir in front of the ICC but this could happen after things have had time to settle in Sudan. Then again, some speculate that Bashir could follow in the footsteps of Tunisia’s former leader Zine al-Abidine Ben Ali and seek refuge in Saudi Arabia.