Boom or Bust: What will 2020 hold for East Africa’s economies? 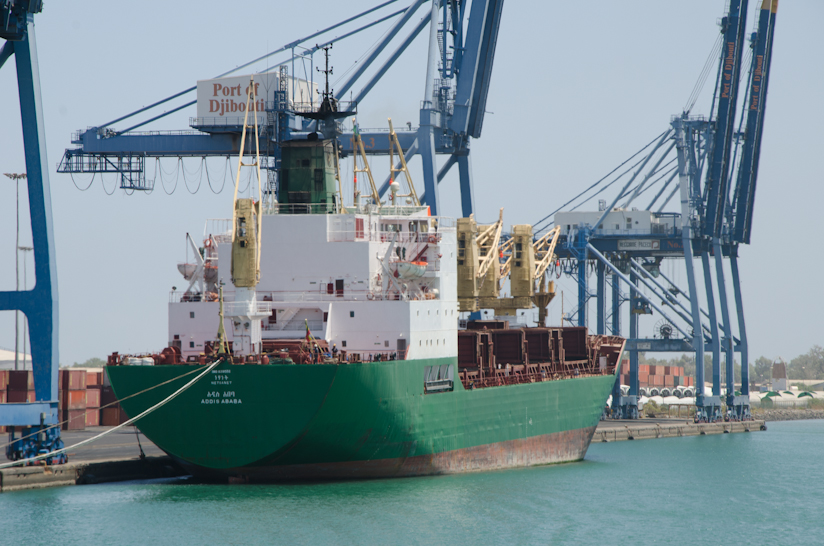 With the global economy stalling and debt drastically rising across the African continent, it’s difficult to gauge what 2020 will hold for economies in East Africa. To make matters even more unpredictable, each country in the region has its own unique political and social challenges that have both direct and indirect implications upon economic performance.

Yet, despite so much uncertainty, economic projections remain largely positive for most of the East African region. So is everything looking up for East African economies in 2020 or are key organisations ignoring important factors like rising debt levels?

According to the latest ICAEW Economic Update: Africa, economic growth in East Africa is expected to “remain robust” in 2020. Research conducted by The Institute of Chartered Accountants in England and Wales (ICAEW) paints a positive picture for the year ahead in East Africa, despite acknowledging the global economic slowdown and rising debt.

“East Africa’s economic growth is expected to remain robust, easing slightly from 6.3% this year to 6.1% in 2020. Most of the region’s economies continue to benefit from lower international commodity prices while the consumption-driven growth structure prevalent in the region insulates these economies from the global trade slowdown.”

Consistent with many other reports on the region, ICAEW suggests East Africa will continue to be the biggest growth prospect for African economic development. However, the story on a country-by-country basis in East Africa is far more complex.

Kenya remains East Africa’s largest economy but growth has stalled in recent years as a number of its regional neighbours demonstrate significantly faster growth rates. In its 2020 Africa report, ICAEW focuses its attention on the struggles of Kenya’s national airline as a representative of the difficulties many national carriers are facing across Africa.

“Financial difficulties are not the Kenyan carrier’s only problems; increased regional competition from countries like Uganda, Tanzania, Rwanda, Togo and Ethiopia of course compounds the problem. Ethiopian Airlines is the only profitable airline in sub-Saharan Africa and is increasingly acquiring shares in smaller carriers on the continent in an effort to become the powerhouse pan-African airline”

In Q2 2019, Kenya’s economic growth slowed to 5.6%, which authorities in the country attributed to a slowdown in the farming sector. However, the World Bank expects growth to rise to 5.9% in 2020 “underpinned by private consumption, a pick-up in industrial activity and still strong performance in the services sector.” The World Bank also says that inflation is expected to remain within the government’s target range “while the current account deficit is projected to remain manageable.”

So things are looking up for Kenya in the year ahead it seems. But there’s a glaring omission in the reports on Kenya’s economic outlooks provided by organisations like ICAEW, the World Bank and the IMF.

Projections indicate that Kenya’s public debt will hit $60 billion this year and $70 billion in 2022. Concerns over a looming debt crisis are increasing and this is a familiar story across Africa – particularly, the fastest-growing economies where development is driven by excessive borrowing.

While Kenya remains East Africa’s largest economy, Ethiopia is the region’s fastest-growing economy (over a 10-year period). Going back to ICAEW’s Economic Update: Africa report, economic performance will remain high in 2020 although growth will be hurt somewhat by domestic political and social issues.

“Economic growth in Ethiopia remains strong, supported by an ambitious capital expenditure drive and a reform agenda that envisions Ethiopia’s transformation from a tightly-controlled system towards a more pragmatic, market-oriented framework. However, momentum in the period through 2020 will probably slow in the face of power rationing and political tensions. In recent months real, watershed successes in telecommunications and financial sector reform were countered by worsening shortages of food staples and hard currency, underperformance on tax collection and inflation at multi-year highs.”

In accordance, the World Bank cut its forecast for Ethiopia’s economic growth in the 2020 fiscal year to 6.3%. This is well below the government’s own projections. The International Monetary Fund (IMF) is a little more positive with its own projections, forecasting a growth rate of 7.2% but these inconclusive figures hint at the difficulties of predicting what 2020 will hold for Ethiopia.

Rising ethnic tensions and political uncertainty will undoubtedly play a role in the country’s economic performance this year but nobody knows to what extent. Prime Minister Abiy Ahmed’s biggest challenge in 2020 will be minimising the impact of these issues – not only for the sake of the economy, but also his own position in power and national security.

Other economies to watch

World Bank data reveals that the most impressive growth-rate in East Africa for 2020 could come from South Sudan. This isn’t a name many people would normally associate with economic success stories but, assuming the country’s fragile peace process continues to hold, the troubled country can finally start to rebuild its shattered economy.

Separate research from Brookings reveals another emerging growth barrier that isn’t getting as much attention as it should: climate change.

Africa is among the worst-affected areas of the world when it comes to climate change and the impact of changing weather patterns will hit East Africa in a multitude of ways. Much of the region relies heavily on agriculture as its primary economic pillar, which means failed crops seriously hurt growth, as well as the ability to feed domestic populations.

On the topic of debt, Brookings offers one explanation as to why this isn’t a more prevalent subject for discussion in economic outlooks:

“Despite the rapid increase in debt, the median debt-to-GDP ratio for African countries remains relatively low (53 percent) compared with 90 percent during the HIPC/MDRI period. Moreover, although the increase in debt has been very rapid in recent years, the pace of accumulation has slowed considerably. Between 2013 and 2016, the median debt-to-GDP ratio rose from 33 percent to 52 percent in 2016. That is roughly 5 percentage points of GDP per year.”

While the figure may hold up, the view that growth rates are sufficiently out-pacing debt levels isn’t shared by everyone. Many analysts point towards a debt trap being built around Africa, largely driven by high-interests loans from China across a myriad of infrastructural projects funded and built by Beijing. The IMF has also acknowledged that African nations are at “high risk” of debt distress and the risks will only increase as the global economy continues to slow. Worse still, African economies are now deeply tied to the performance of China’s economy, which is also projected to slow in 2020.