What would a Chinese economic slowdown mean for Africa? 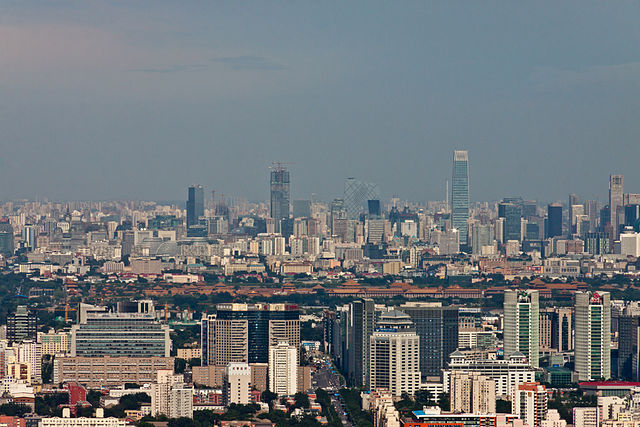 China’s extensive investment in Africa has drawn a lot of attention in the Western media over the past couple of decades. The Asian powerhouse has established itself as the single largest investor in Africa, promising to invest $175 billion across the continent between 2014-2024, compared to a $14 billion commitment from the US over the same period.

Speculation is rife among Western officials and analysts over the intentions behind China’s African venture. Meanwhile, there are also concerns over the nature of China’s investment, which mostly consists of high-interest loans for infrastructural development projects.

What we do know is that China’s economic strength is of great interest to Africa and fears over a slowdown emanating from Beijing are already impacting markets around the world. But what would an economic slowdown in China really mean for Africa?

Will there be an economic slowdown in China?

Actually, an economic slowdown in China began years ago. China has been the world’s fastest-growing economy for quite some time – averaging 10% over the past 30 years, according to the International Monetary Fund (IMF) – but the country finds itself being overtaken by India now.

However, there are numerous factors that could drive an economic slowdown in China beyond its natural course. Like much of Asia, China has an ageing population, and rising wages to content with. While Beijing also needs to navigate the transition away from manufacturing as wages and production become more expensive.

Many analysts believe China will need to shift from manufacturing to services as the main driver of GDP and this journey presents a number of additional economic challenges. While few people will bet against China making the transition successfully, any doubts about the strength of the country’s economy are going to hurt it.

China isn’t the only country with a nervy few years ahead, though. A growing number of economists are pointing towards a global economic crisis in the first half of 2020 – the biggest turndown since 2008. The threat is already real enough for Donald Trump to have eased his stance in the trade war with China, amid fears over the impact any damage to the Chinese economy will have on the US and global markets.

The economic impact upon Africa

Obviously, any economic problems in China are going to have a significant impact on events in Africa. Above all, harder times in China will typically result in less investment and investors are already scaling back in various countries such as Ethiopia.

More worrying for African nations embroiled in Chinese debt, though, will be reports that Beijing is planning to sell off African infrastructure debt – something that will only add the continent’s piling debt.

China isn’t the only factor here, either. Economic developments in Beijing impact markets around the world and with warnings about a looming global crisis, the US and EU form a triple threat along with China.

The EU is by far the largest contributor of aid to Africa and the US makes more foreign direct investments than any other country.

A downturn in China and certainly a global economic downturn is going to make it difficult for donors and investors to maintain current levels of funding. This impacts developmental projects, key industries such as healthcare and exacerbates the impact of environmental disasters and disease outbreaks, which remain a major problem for many parts of Africa.

How do African nations protect their economies?

Economic downturns and crises are an inevitable byproduct of capitalism – they happen and they’re going to continue happening. What Africa needs to do is develop robust economies that can ride the storms and make the most of upturns. This is easier said than done, of course, but Africa is always going to have the same problems as long as it remains heavily dependent on foreign economies and funding.

African economies are growing but they’re straddled by and unsustainable development models.

Africa needs to become more self-sufficient by improving intra-African trade, opening up its borders for travel and business, and reducing brain drain. Sustainable development remains elusive across the continent and today’s economic gains bring concerns about its future.

This isn’t to say Africa needs to stand alone and become entirely self-sufficient but its current dependency but efforts to bolster African economies internally have been underwhelming during a post-2008 period where so much more progress could have been made.

Now, with another financial crisis looming, Africa is just as dependent on foreign economies as it was eleven years ago.