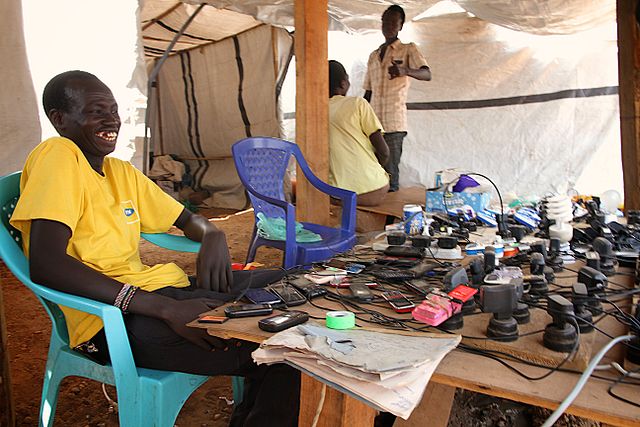 The internet is changing the way people in Africa live, perhaps at a faster and more significant rate than anywhere else in the world. With the world largest young population adopting mobile technology, the continent is the fastest-growing region for internet penetration between 2000-2018 – at 9,941% compared to a global average of 1,052%.

Africa’s digital revolution is about far more than putting smartphones in the hands of people, though. Mobile banking, agricultural technology and healthcare are just a few of the industries driving digital innovation across the continent where countries are adapting technology to fix unique problems – such as the drone deliveries launching in Rwanda and Tanzania.

The realisation of African solutions to African problems is a promising sign but some of these characteristic problems are holding back the digital revolution. By 2020, the digital economy is expected to contribute for more than a quarter of global GDP and Africa risks missing out on realising its full potential if more countries across the continent fail to address some key issues. 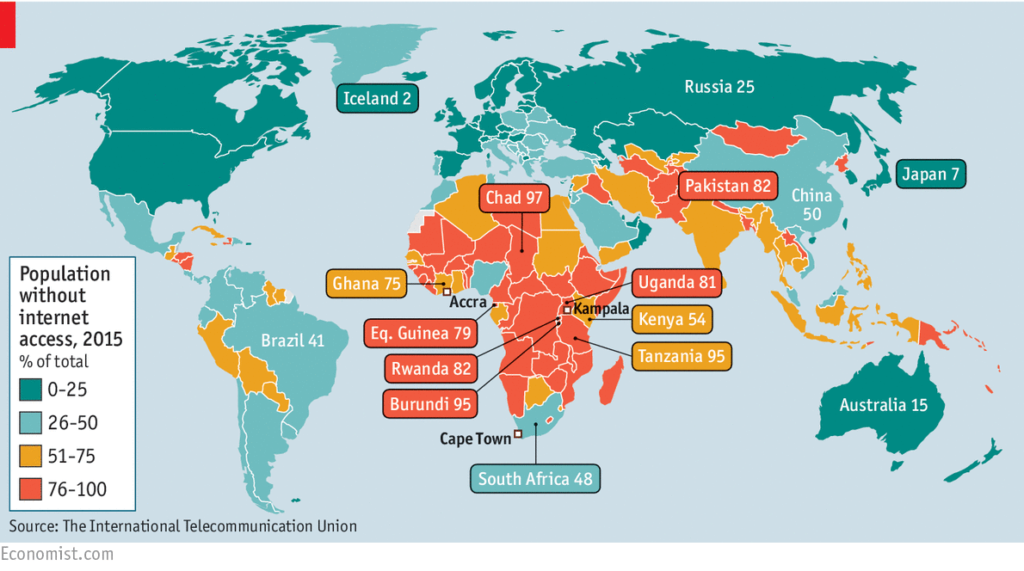 Africa’s rapid internet penetration rate is impressive but this doesn’t change the fact that – as things stand – the percentage of populations without internet access remains a serious barrier for the continent’s digital revolution. The biggest startup success stories all rely on widespread internet access, normally with the middle class and lower income sections of society driving growth.

Look at the success of grab tax and grab bike across parts of Southeast Asia. High-income and plenty middle-class families own cars and drive themselves around while it’s the low-earning individuals who jump on the back of bikes instead of paying for taxis. Grab’s huge growth has seen it buy Ubers Southeast Asia business and the company is now expanding into micro-loans – none of which would have been possible without widespread internet adoption among lower-earning people.

Internet adoption isn’t only important for businesses looking to maximise their market potential either. It’s also essential for digital innovations to make the biggest impact on the lives of Africans. Medical technology can’t help those without access to it and it’s the poorest people who are most in need of assistance.

At the opposite end of the spectrum, the more connected Africa become, the more at risk it is from cybercrime – an issue governments are already struggling with. This is a problem that threatens national securities and everyone who uses the internet in countries lacking sufficient technology and skill to prevent attacks.

In 2016, Africa lost an estimated $2 billion to cybercrime and Nigeria accounted for $550 million of the damages.

The general public is at risk of malware intrusions, financial cybercrime, phishing attacks and mass surveillance while awareness of education over such threats is minimal. The practice of data protection and personal security simply isn’t talked about enough but this could be easily rectified with government campaigns.

The bigger challenge for African nations is protecting themselves from more severe cyber attacks. Only 20% of African nations currently have legal frameworks for cybersecurity while the updating and enforcement of such laws in these countries are failing to keep up with technological advancements.

A major problem for many African nations is an ongoing resistance from governments to allow internet freedoms. Even in some of its most advanced and promising economies, internet blackouts are routinely used as a censorship tool while journalists, politicians and members of the public are arrested for expressing their opinions online.

In many countries, cybercrime is reserved for people who speak out against governments online and lengthy jail terms are routinely handed out to those found guilty.

These governments will never be able to address the challenges facing Africa’s digital revolution until they stop fearing the internet as a tool for freedom of expression – something many seem impossibly reluctant to do.