Why are Gulf nations battling it out for the Horn of Africa? 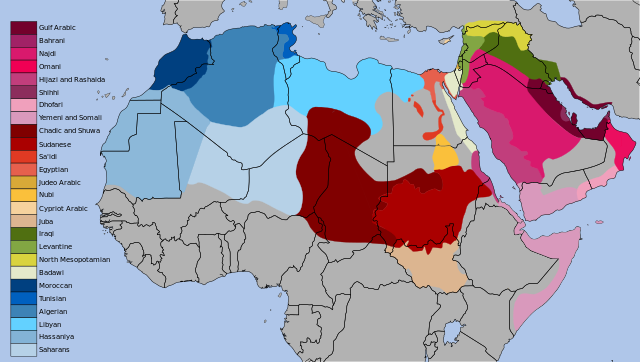 Things are changing rapidly in the Horn of Africa with the recent peace deal between bitter rivals Eritrea and Ethiopia making the biggest headlines in recent months. There’s no doubt it’s a major breakthrough for the region but the deal is merely a subplot in the much broader context that stretches far beyond the Horn of Africa.

While Ethiopia has been the key player among African nations in recent developments it’s the involvement of Arab states that’s raising eyebrows.

A diplomatic conflict between Persian Gulf nations has resulted in a battle for influence in the Horn of Africa and this has been a key factor in all of the recent progress in the region. Peace deals between former rivals, restored bilateral ties and new economic partnerships have all been backed by Gulf support – not only politically but also financially.

On the surface, it looks like Horn of Africa nations are negotiating their way to peace and economic alliance but heavy geopolitical manoeuvres are at work beneath the surface. For Ethiopia and its neighbours, there’s plenty of financial incentive to exploit the Gulf diplomatic conflict – and the surging interest in the Horn of Africa that has resulted from it – but the potential costs could be huge.

The key players in the battle for the Horn

Interest in the Horn of Africa among Gulf nations isn’t anything new but the fallout between Qatar and its Gulf neighbours has accelerated the demand for influence in the region. The United Arab Emirates and Saudi Arabia are battling to dominate the region ahead of Qatar and its ally Turkey, resulting in a tug-of-war between the two sides.

Both are already heavily invested in the region, which currently serves as one of the most important economic trade routes and strategic military positions in the world. The key difference is that Gulf interests are now divided and either side gaining majority influence in the Horn of Africa will make it difficult for the other to exploit its economic opportunities and military advantages.

The battle for the Horn of Africa is intensifying and the outcome of this power struggle is going to have major implications in the region and beyond.

Why the interest in Somalia?

Gulf nations have had economic, political and religious ties with Somalia for centuries. Interest in the Horn nation isn’t sentimental, though. Somalia is close to important oil routes and its ports could provide highly profitable trade routes to landlocked Ethiopia.

Saudi Arabia and the UAE are investing heavily in the Somali coastline (as well as Djibouti and Eritrea to the north) to make the most of the region’s trade potential and build a security flank against Western powers.

Meanwhile, Qatar and Turkey are investing in Somalia’s capital and support for President Mohamed Abdullahi Mohamed. The Somali leader’s presidential campaign was funded by Qatari money and the Gulf crisis has left Somalia torn between two of its most important economic partnerships.

Somalia’s fragile diplomatic position should act as a reminder to Horn nations of the risks involved with playing in Gulf power games.

Why the interest in Eritrea and Ethiopia?

While Somalia’s internal conflict with the al-Shabaab has been a challenge for Gulf investment, the conflict between Eritrea and Ethiopia has been even more difficult for Saudi Arabia and the UAE to navigate.

Ethiopia is the region’s strongest player and ideal economic partner but its ties with Saudi-Emirates rivals Qatar and Iran has kept a distance between diplomatic relations. Then there’s the issue of Ethiopia’s landlocked position in the region, meaning it can’t maximise trade potential on its own.

Naturally, Eritrea would act as the perfect trade route for Ethiopia but the conflict between both nations made this impossible – at least, until now.

Previously, the answer appeared to be partnering with Ethiopia and Djibouti, which would have allowed Saudi Arabia and the UAE to bypass Eritrea altogether. Except, Djibouti is also heavily involved with Qatar and now embroiled in a battle with the UAE over a contract dispute with DP World.

Thanks to conflicts in Eritrea and Somalia, as well as diplomatic friction between Horn nations, Djibouti was the only secure location for port development and military stationing and the majority of investment into the Horn of Africa.

However, this has all changed now that Sudi Arabia and the UAE have helped broker a historic peace deal between Eritrea and Ethiopia. Now, Ethiopia has an alternative trade route connecting it the Red Sea and the UAE has a new trade partner – both in the name of Eritrea. Plus, the recent efforts to improve ties between Eritrea and Somalia have reduced the region and its investors’ dependence on Djibouti.

What are the implications for the Horn of Africa

The end result of the Gulf power struggle in the Horn of Africa is going to be complex. On the one hand, it has helped bring an end to Africa’s longest-running war and improve relations between the majority of Horn nations.

However, every step of progress also creates new room for conflict between the Horn’s neighbouring countries. Djibouti now finds itself in a significantly weaker economic position and facing the prospect of its allies such as Somalia and Ethiopia dealing with bitter rival Eritrea.

Each new deal brokered with money from the UAE and its partners or rivals brings fresh implications to the table as well. Somalia has already felt compelled to reject a port deal involving Ethiopia and the UAE with Somaliland, Somalia’s self-proclaimed autonomous region.

Djibouti’s reaction to downgrade ties with Qatar following the Gulf fallout also highlighted the implications events in the Persian Gulf can have in the Horn. Djibouti felt compelled to back one side or the other and chose to side with Saudi Arabia. This prompted Qatar to pull its peacekeeper troops out of the Djibouti-Eritrea border and the longstanding border dispute between the neighbouring countries flared once again – an issue that has soured relations between Djibouti and its neighbours further as they build ties with Eritrea.

On the surface, it appears that the Horn of Africa is unifying but there are deep-rooted conflicts in the region and every wound that heals opens another one – and this is before you consider the complex involvement of Gulf nations and their allies. We’ve seen how quickly the UAE and Qatar are willing to turn their backs on Horn nations when they don’t fall in line and we’ve also seen previews of the widespread implications these can have across the region.

If the Horn of Africa was truly united, Gulf nations wouldn’t be able to exploit these fractions and Horn nations would be able to negotiate as a unified force. After all, the Horn is holding most of the cards in this power struggle but its hand is divided across borders with split interests and historic wounds that are difficult to forget.